If you’re like me, you were attracted to the internet due to not only the obvious of enabling anyone to do business, but more so because of the track-ability and direct response approach is innate to Internet marketing. Web analytics provided more insight than any direct response marketer could ever dream of. The idea of lead generation through testing, implementing and optimizing was a great practice for a decade and then the internet had another revolution, Internet 2.0.  This is where writers and journalists emerged to take the internet to a new goal level of measurement; content, content, content and oh, “Content is King”. This facet of Internet marketing also helped to explode the already elusive term, “Search Engine Optimization or SEO.” Which leads me to a tangent I will discuss later…Did Google lead us to content or did we lead Google to content? Back to the subject at hand, content marketing for the math brained. We finally have that cock-headed look a dog gets, that we associate with confusion. A similar look is also gazing back at us as we explain the metrics to the journalists, open rate, share rate, CTR, engagement, trust-flow, SERP rankings, etc. So we defer to a writer to help us find the talent we need to support this very important realm of our business, content creation.

Today we focus on headlines. Something I have spent years trying to get writers to bastardize into SEO gems. Writing for SEO is one of the 1st documents I produced at a publishing company. It was not met with open-arms or pleasantries. It was as if I stole their college education right from under their feet and replaced it with a degree in phoney bologna. To go from print publishing to online publishing is not just an SEO challenge but a work methodology. After a decade of testing and optimizing content, Courtney Seiter with Buffer writes about Winning Headline Strategies and the Psychology behind them.  She cites analytics to determine shares and responses to the content on different platforms.

Seiter follows her own teachings with her headline for this blog, “8 Winning Headline Strategies and the Psychology Behind Them”.  The cliff notes are below and you can read her full article and sources at the bottom of this article.

I hope you have enjoyed reading about Headline DIY’s. For the complete article by Courtney Seiter, click here>>

Let’s talk serious here – SEO is great and all the buzz and rage and everyone is doing it.  Okay, I really do not think everyone is doing it as it’s just not that simple or easy to do.  It takes coordination between marketing and IT.  Actually educating IT on technical elements necessary to qualify to place in SERPs.

If you are going to do it – do it for the right reason – ACQUISITION.  Make sure that the resources, time, energy and teams are all in support of the effort that will provide a return.  This is yet another acquisition tool and another line in your acquisition spreadsheet.

While acquisition is being fragmented into many different sources, there are still sources to the source.  This seems to be SEO on top of SEO.   For example, you get a better cost on your PPC acquisition marketing for an optimized landing page.  Therefore your SEO optimization for that landing page is getting you a better cost on your CPC marketing.

If you are serious in understanding how SEO can be used for acquisition and what other businesses are doing successfully in this category, then you are ready to read the SEO for Acquisition Guide.

Real Estate Agents must pass state licensing examinations, making them educated professionals in their field. Avoid scams and financial mistakes by having a licensed real estate professional manage your transaction.

Price Guidance: Real Estate agents can present you with local comps so you can see the relative value of the home you want to purchase or sell in the same neighborhood.

Negotiation skills that take the emotion out of the purchase.

Agents are buffers so you do not have to interact with the other party where personalities could come into play and delay or destroy contract negotiations in some situations. Particularly when selling your home, you are emotionally invested in the home, its décor and style since it is a reflection of your life in the home. Agents negate this.

Agents can give you complete neighborhood profiles with the good, the bad and the ugly. They should be able to answer any questions you have about the neighborhood.

Handling volumes of paperwork and explaining what each of these pieces of paper mean. The buying and selling process can be very overwhelming as you are making a very big financial and emotional commitment.

Agents future business is reliant upon referrals, so they will do everything they can to please and support you in your transaction in an effort to retain your future business as well as friends and family business.

In order to contribute more reasons to hire a real estate agent, please eMail info@Verity-Marketing.com with Real Estate Agent in the subject line. Look for your reasons to be published in The Julie Aragon Lending Team marketing materials soon!

It’s important to provide value to your customers, whether it be your direct customers or indirect customers. The Julie Aragon Lending Team employs a great contact strategy with both their B:B clients and their B:B:C customers. They educate clients with quality information on what to expect during the loan process and provide added value services that make the process very simple for the buyer/borrower, thus making the overall home buying transaction that much more enjoyable. The Julie Aragon Lending Team also provides information to agents that will help them close a deal easier. As support to an agent, they will also provide added value services such as custom content branded with agents contact information. The team is also constantly executing on a sophisticated content strategy that will generate qualified leads for you, the agent. With all these pieces in place, The Julie Aragon Lending Team has an excellent marketing strategies that facilitates all pieces of the process in an effort to make things easier for you and earn your trust and business in return.

Below you will see a simple example of how you can create a lead in to your real estate marketing content on Facebook. The lead in graphic should be branded in some manner. Below, you will see that while the logo is not used, the branding colors for The Julie Aragon Lending team are used to elicit the association once you click through. Eventually you will recognize the content and associate it with helpful, quality information you may want branded for your own use. 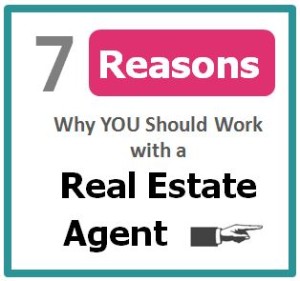 As time progresses and every technologist can hang a shingle and provide apps to make life simpler, it continues to clutter and fragment how we consume media and how we buy and promote media and advertising.

Web 2.0 was just the beginning. Attempting to number internet technology  genres has become non-existent due to the speed at which technology is racing.  The same is true with demand generation. What worked yesterday does not necessarily work today.  Remember when having your product “adjacent” to content was what worked?  Editors were bothered and businesses wanted more to persuade opinion on their brand…It appears business won the battle and consumers are consuming the new ads without dissention.

Consumers are consuming advertising in new platforms.  The infamous print, “Advertorial” has now moved to TV.  Just last week, Jimmy Fallon did a segment on trucks, he shared a picture of the new truck he bought.  He then brought in country singers to sing a song about trucks.  Through the entire Fallon truck advertorial, he never said the brand name or model name (Ford F-150), yet blogs around the world have posted it.  How is that for some advertising?!

So content is the new advertisement and social media is the new publisher?  Things continue to evolve and I have my running shoes on to catch the elusive consumer and business lead.  While content has been “IN”, now Video content is being optimized through years of evaluation of good consumer video content.  See the link below provided by years of YouTube.com analysis for how to market to your audience with video content.

Search engine optimization is changing by the moment.  Google and Matt Cutts have resources that make this science a moving target.  But not to worry, Verity Marketing Solutions has their running shoes on.  This guide makes the SEO nomenclature and industry terms understandable through simple definitions and explanations.  This list will be updated as the target moves, so check back for updates or follow us on Twitter to get updates.